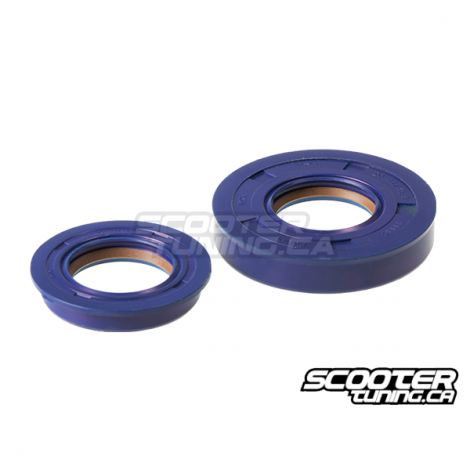 Polini has designed a new series of oil seals for the most popular mopeds and scooters in circulation. They are perfectly interchangeable to the original ones. They are made of FKM (Fluorocarbon rubber) to better resist to the highest termic stress; the seal lip is made of PTFE (Polytetrafluoroethylene); this feature makes them a lot more durable than the standard original ones, giving them a smaller friction coefficient thus granting less heat dispersions caused by the friction and at the same time maintaining lower temperatures. These oil seals have been studied with racing engines but equally they perfectly fit on the standard engines that haven’t been tuned-up. More power is produced from the engine as the friction reduction allows it to reach higher revolutions ranges.

8 other products in the same category: